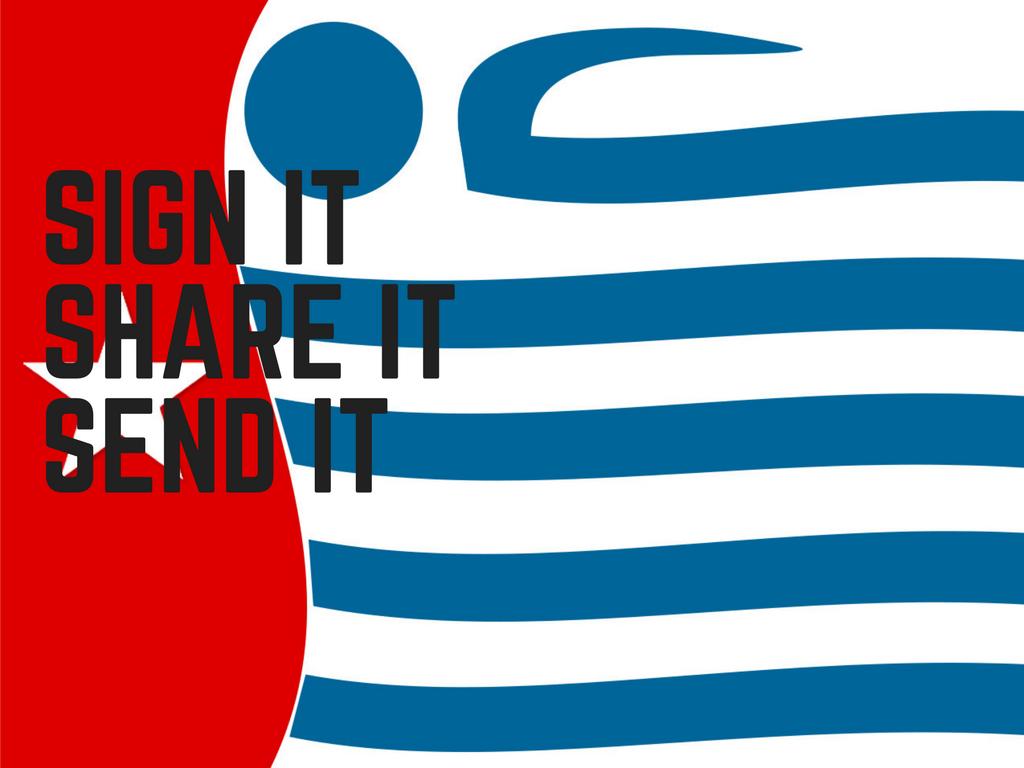 The Free West Papua Campaign invites you to help us launch our 2017 campaign;

We’re excited to announce that tomorrow 24th January we’re launching the world’s largest Global Petition for West Papua!
This petition will be in support of the Westminster Declaration for an Internationally Supervised Vote for West Papua, and will be launched in the British Parliament at the Palace of Westminster on Tuesday 24thJanuary at 5pm GMT.

Once leaving Westminster, this historical petition will be signed by all friends of West Papua worldwide until August 2017 when it will make its final journey carried by the Swim for West Papua team 69km across Lake Geneva, and right into the hands of the United Nations!

West Papua’s fight for self-determination has gained so much support over the years & THIS is our opportunity to harness the support of individuals and groups across the world, to add our voices together, and call on those in power to put an end to Indonesia’s 55 year long reign of terror.

How can you be involved?

·         Follow the Swim for West Papua Team’s incredible journey and encourage them as they train for this epic feat! https://twitter.com/BackTheSwim

We have 8 months to collect all of the names of those that support West Papua’s call for self-determination, to show the UN, and world leaders, that WE the International Community call on them to correct the mistakes of the past and Let West Papua Vote!

The campaign for an Internationally Supervised Vote in West Papua is the main focus of the campaign.

The Westminster declaration is a statement of key principles for the self-determination of West Papua. It includes condemnation of human rights abuses, recognition that the so called “Act of Free Choice” (that illegally gave West Papua to Indonesia in 1969) was farcical; that the Papuan people are at risk of extinction and calls for an internationally Supervised vote for West Papua. The declaration is paramount in the struggle for independence for West Papua, as the vote will finally give West Papuans the opportunity to decide their own future. This is THE vote they were denied in 1969, and is the crucial step towards independence and the end of the genocide.

We need everyone’s help to raise the profile of West Papua, and push the issue on to the United Nation’s agenda urgently. Please make sure your voice is included.

Thank you all for your continued support. Let’s all get signing and sharing this petition as soon as it launches to #LetWestPapuaVote!

Previous post The official launch of the Global Petition for an Internationally Supervised Vote at the Palace of Westminster.
Next article WARTA PAPUA MERDEKA DALAM GAMBAR