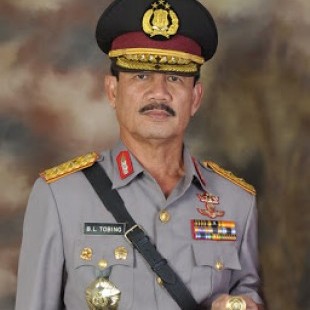 The Indonesian Police chief in West Papua has accused KNPB as an institution that has disturbed public order, the Indonesian Police do not like the presence of KNPB in Papua land, because the only cause mischief and other crimes, said Inspector General of Police Paul Waterpauw.

Actually, anyone who committed a crime and disorder in the land of Papua, is it KNPB or Police? There are many facts that show how the Indonesian military and police in Papua committed crimes, such as Wasior case of dengue that has claimed dozens of West Papuan victims.

Wasior bloody instructed directly by the police chief of Papua, which was then headed by Inspector General Bigman Lumban Tobing, 200.

Biak Massacre July 1998, and Paniai Massacre December 2014, show who actually committed the crime and chaos and insecurity towards  the people of Papua, which was done by Indonesian police. Gen. Bigman Lumban Tobing Former Papua Police chief, has been Gives Orders Assassination Civil Society in Wasior case of Dengue, 2001 Gen. Bigman Lumban Tobing Responsible For Wasior Cases Of Dengue In The Wombu And Ambumi Wasior Village, Casualties Dozens Of Villagers Were Shot Dead By Indonesian Police, 2001 During this time, only the police and the Indonesian Military is always intimidating and people of Papua to quell freedom of expression.