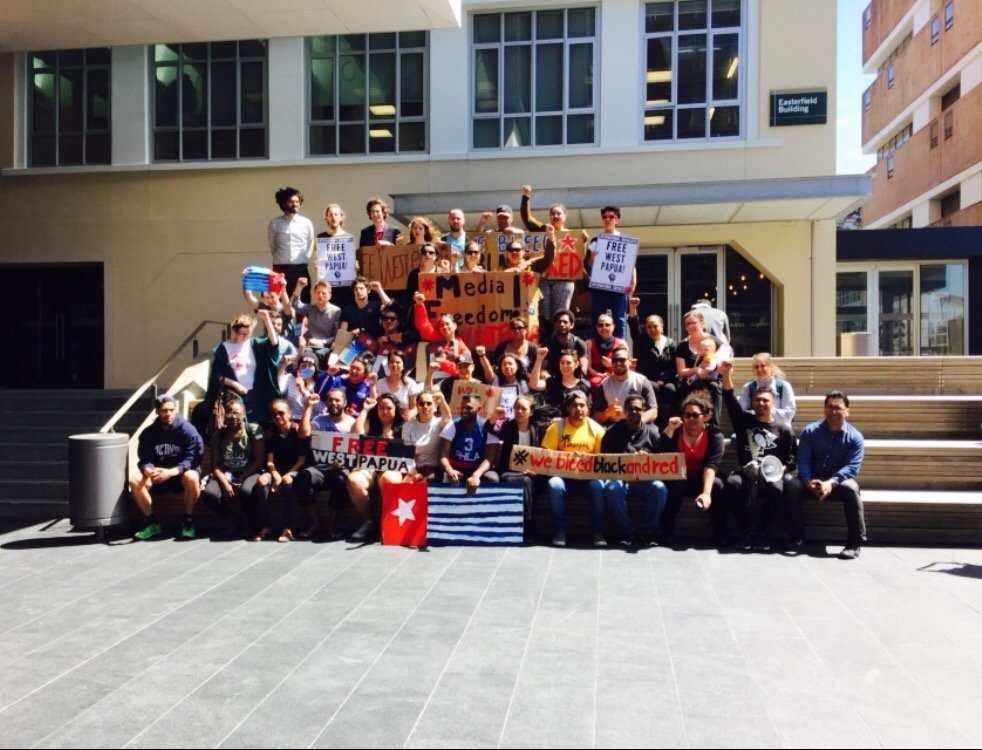 Dozens of students marched on the Indonesian Embassy in the New Zealand capital, Wellington, today to protest over continuing violence from the security forces in West Papua.

The students, many of them from Melanesian countries, had walked from Victoria University and were joined by several MPs, including the Green Party’s Catherine Delahunty.

She says it is important the Indonesian diplomats understand the levels of concern in this country at the ongoing violence directed at the indigenous Melanesian people in West Papua.

“Despite alleged improvements around representation on the MSG [Melanesian Spearhead Group] and the Pacific Forum talking about a fact-finding mission, there are still deaths, there are still military killings happening. So just a month ago, people may have heard two young students were killed. And I think these students here, believe they are the ones who can speak out – they are speaking for all of those who don’t have a voice.”