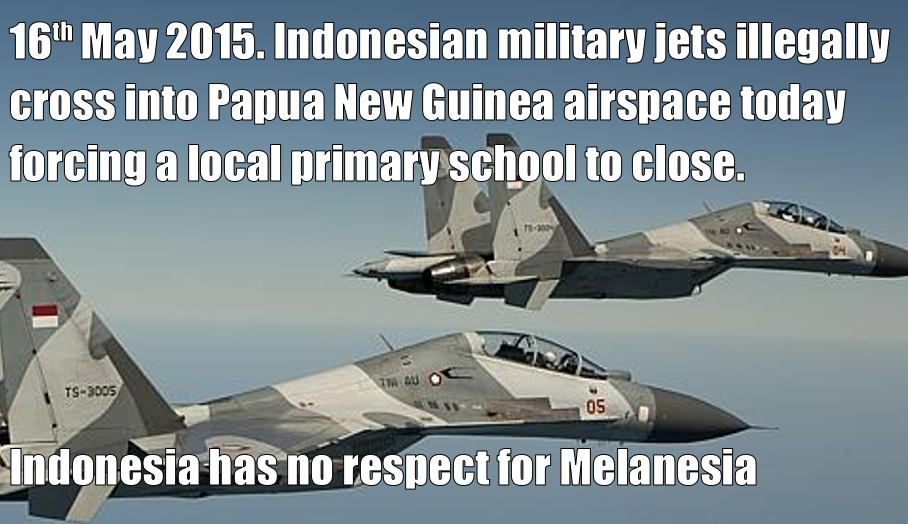 This is at least the 3rd illegal Indonesian military incursion into PNG this year and shows that Indonesia feels that it can do whatever it likes in Melanesia without any respect.

“Wutung elders have confirmed witnessing two Indonesian military jets crossing over into PNG airspace today to the surprise of villagers.

It prompted the the closure of the local primary school for security reasons.

According to reports from the Ward Councilor, the alleged incident happened at 10:57am this morning when the two jet planes crossed the international border from the coastline over the school then flew in a south easterly direction towards the western end of the Bougainville Range.

Wutung Primary School is about 200 meters from the international border.

“This is the first of its kind.We have never seen a jet fighter fly as low as seen in war movies”, he was reported as saying.

There were instances in the past where military planes have crossed our international air space but jet fighters were unheard of at the Wutung international border according to villagers.

Locals say this is a serious breach of national security.

Our very own PNGDF soldiers could not confirm the type of plane that is said to have cross the border today because they withdrew their men from the Wutung military check point last week.”