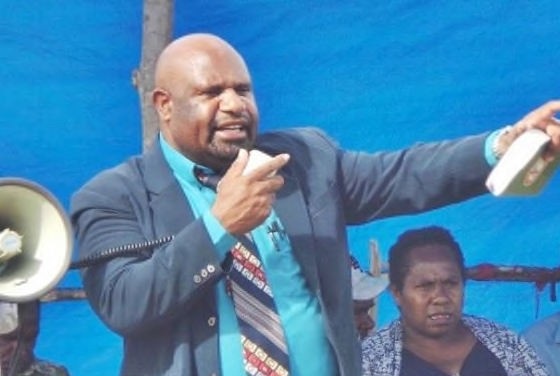 President of the Evangelical Church in West Papua and all Indonesia (GIDI Rev. Dorman Wandikbo has asserted that without security and escorts from the Indonesian security forces, military and police, the Papuan people can protect themselves.

It was announced by Pastor Dorman in his sermons to the faithful of GIDI, the joint association of worship GIDI Klasis Cyklop Sentani Kalkote coast, Sunday (06/12/2015). The Indonesian armed forces and police never showed justice and truth for indigenous Papuans (OAP) as the heir to the land owners and land of West Papua.

“A concrete example, at the end of the month of November 2015 a group of young men came to attack people who are a local GIDI congregation. They came with sharp tools attacked and burned  houses  in  the  household  and did not save any goods, “he said. 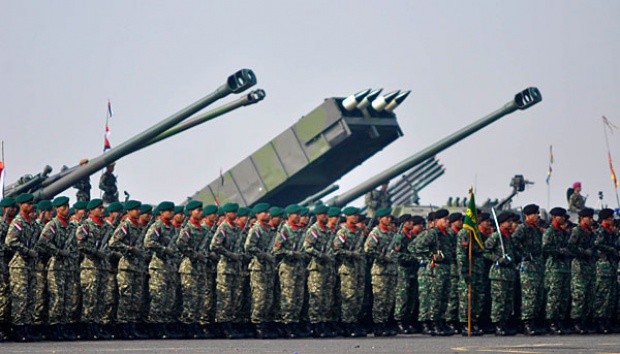 Dorman explained, they returned to attack the local church, but the pastor Nick Suebu, former chairman of GIDI in the Cyklop Sentani region restrained their emotions, and he said because the retaliation would be done by God, for they set fire to the church bench, but fortunately did not burn the church.

He said, the Indonesian military and police never upheld the rule of justice and righteousness in the land of West Papua.

He also explained about the Tolikara incident. GIDI church youth group went to convey their  intentions were that they wanted peace and quiet, but the Indonesian military and police not only fired warning shots, but shot straight into the youths, as a result 11 people were injured and one person died.

“One time the Papuan people can protect themselves without the intervention of the military and police,” said Dorman. 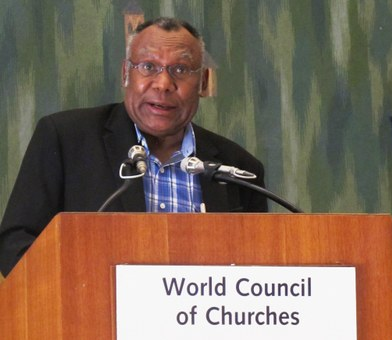 The same thing was said by the Chairman of the Communion of Baptist Churches in West Papua. Reverend Socratez  Sofyan Yoman asserted that Indonesian military torture,  beatings,  violence and injustice are structured against indigenous West Papuans.

“Only for the power to unify the archipelago nation of Indonesia, many murders are carried  out,  one example is the Assassination of four students and one resident on December 8, 2014 in Enarotali, Paniai with the hidden culprits yet to be revealed.

At the Tolikara shooting, the culprit has not been revealed, but the people of GIDI are on trial. The Mamberamo pastor shooting, the shooting of six civilians in Serui, the shooting of students in Jakarta and other killings must be stopped. These are human beings, creatures of God almighty, we are all his creation, “said Pastor. Socratez*1.

One example, of the myriad of violence committed by the Indonesian military towards the Civil Society of West Papua

The Spokesperson of the Indonesian Polcie in West Papua, Patrige Warin told the BBC that the  police  conduct regular investigations on shootings and did not associate it with the news about the so-called ‘total war in Papua’.

“We  can  not  be  careless to associate  these events with the issue of threats. We should not be provoked to respond reckless that it actually raises  antipathy in  the community.”

Earlier, some media propaganda in Jakarta cited that two militant leaders of the Free Papua Organization (OPM), Enden Wanimbo and Puron Wenda, who openly declared war against all the people of Indonesia in West Papua. 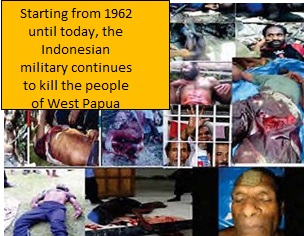 Chairman   of   the   West   Papua   National Committee,  KNPB,  Victor  Yeimo,  denied the news about the war from the OPM.   “The dead in the attack are precisely West Papuans from the Enumbi Clan,  while  five  people  were immigrants immigrants just injured. So how the logic? What scenario is this? Who’s playing here?”

Victor Yeimo argued, violence and complexity in West Papua after the arrival of President Jokowi to West Papua, some time ago, managed ‘by intelligence to suggest that the struggle of the people of Papua run by a violent and criminal.

Victor added, that exactly after Indonesian President Jokowi’s visit to West Papua, there was terror, intimidation and new arrests, conducted by the Indonesian military and police in different parts of West Papua.