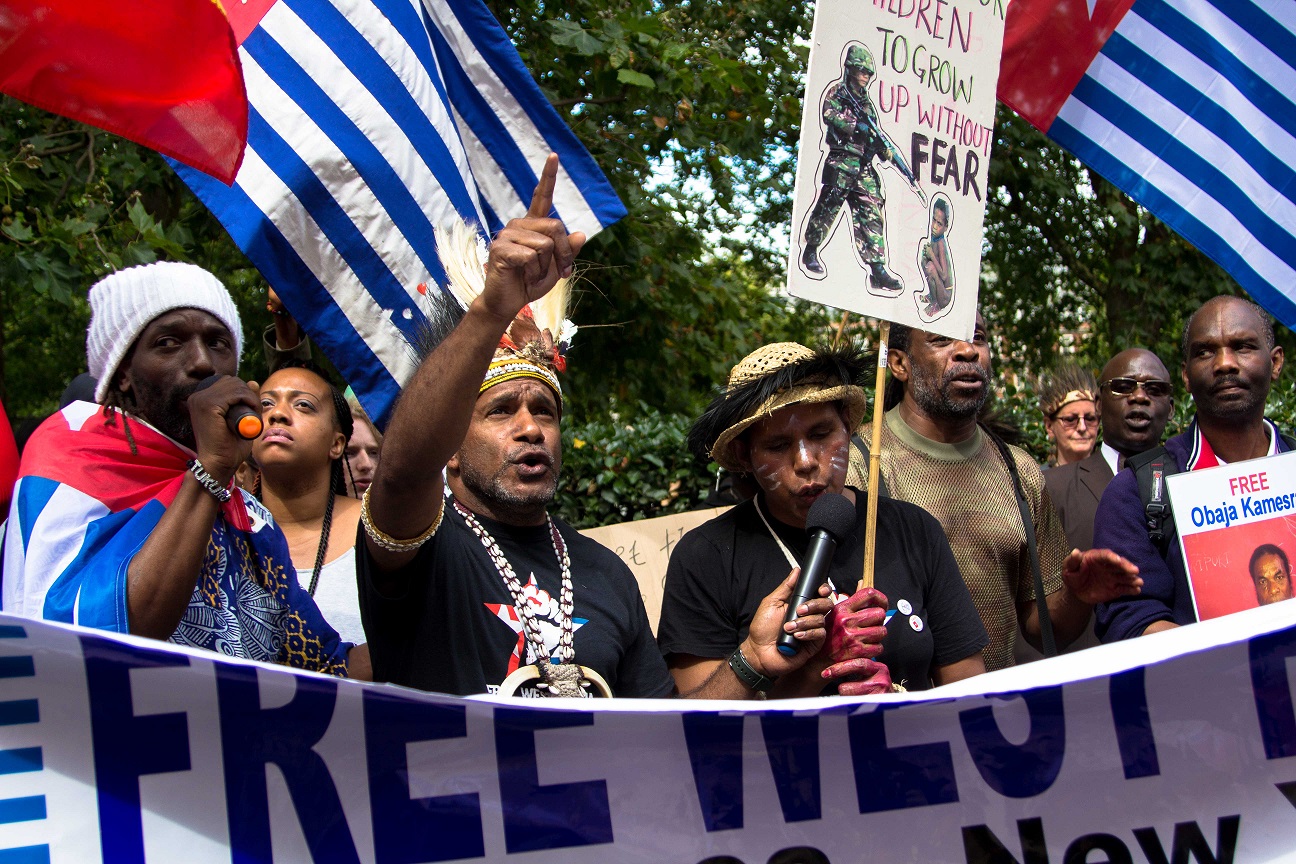 London protest against the 1962 ‘New York Agreement’ Which under the United nations gave Indonesia control over West Papua. Since then its estimated that over 500, 000 West Papuan have been killed, they live in a constant state of fear from intimation, rape, torture, and false imprisonment. Hidden from the eyes of the world this silent genocide has been taking place for over 50 years.