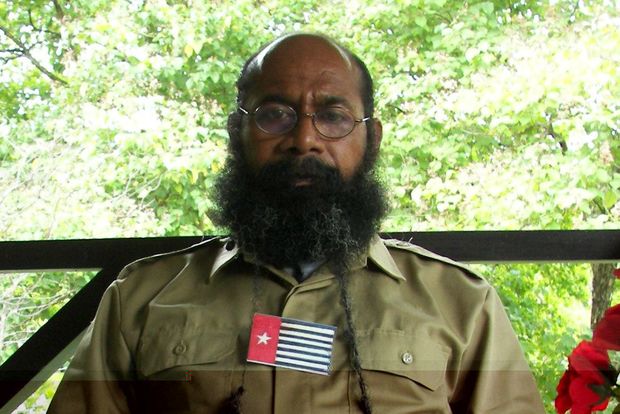 Karma has served two thirds of a 15-year jail term for treason after he raised the banned Papuan Morning Star flag in 2004.

Last week, he rejected an offer of remission on Indonesia’s Independence Day, saying he would only accept unconditional release.

The Political, Law and Security Minister, Luhut Binsar Pandjaitan has subsequently guaranteed Karma’s security and freedom of speech once he leaves prison.

However anthropologist and associate of Karma, Eben Kirksey, says it is unclear just when Karma will be freed.

“In short, the walking papers haven’t been received by the head of the prison. And at this point, Filep Karma can’t leave jail. He’s waiting for official notice from the prison authorities before he can leave. He’s quite ready to leave but at this point he can’t leave without some sort of official document from the Indonesian government.”

While he appears to be on the verge of freedom, Karma is anxious not to follow in the steps of the man he went to jail with for raising the flag.

Eben Kirksey says that when Yusak Pakage was released from prison he had to sign documents that forced him to report regularly to intelligence officers.

“He told me that pretty much every day they would call and they would ask for information about his activities, his whereabouts, who he had been meeting with. So Filep wants to make very, very clear that he’s not going to be subjected to any of those kind of conditionalities. Whatever Jakarta says, there’s all sorts of agents on the ground who have their own agendas.”

While it also remains unclear whether Filep Karma will receive a pardon, Minister Luhut told Indonesian media that the Papuan was wrongly convicted of treason, or makar, which implies inciting armed revolt.

Although he says he disapproves of people raising the Morning Star flag in the Papua region, the minister said that Karma did not commit treason as such.