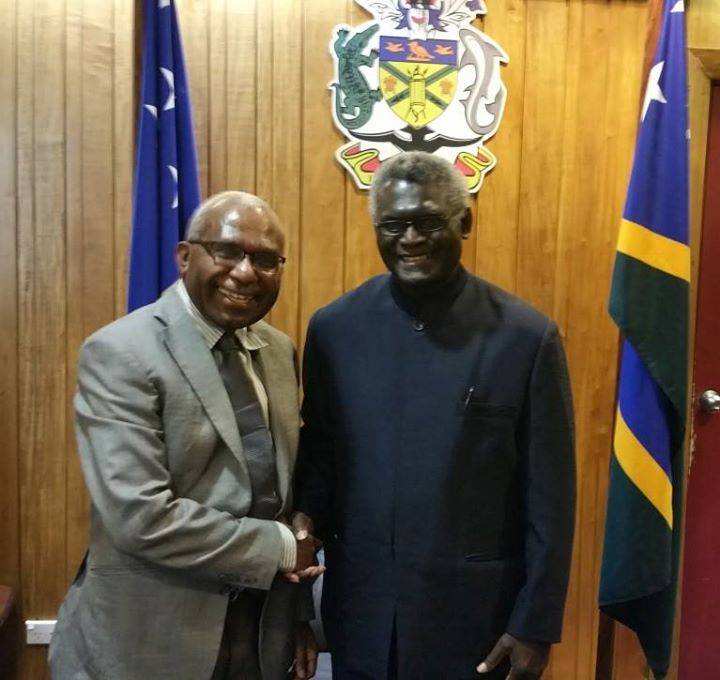 Prime Minister Hon Manasseh Sogavare revealed this when the Secretary General of the United Liberation Movement of West Papua (ULMWP), Octovanius Mote met with him at the Prime Minister’s Office last Friday.

Mr Mote thanked the Prime Minister for his ‘splendid’ leadership during the recent Leaders’ Summit of the Melanesian Spearhead Group in Honiara and push for the admission of ULMWP to the MSG.

He updated Prime Minister Sogavare in his capacity as Chair of the MSG on events that preceded the admission of ULMWP as Observer Member of the MSG.

Mr Mote conveyed the confidence of the ULMWP and the people of West Papua in the exemplary leadership of Prime Minister Sogavare as Chair of the MSG.

“The ULMWP and the people of West Papua believe that the time is now ripe with the able leadership of the Chair to gain maximum regional support on the fight for recognition and understanding amongst the international community, he added.

Prime Minister Sogavare in response said, “West Papua remains at the heart of the Democratic Coalition for Change Government and will stand by ULMWP and people of West Papua in their fight for international recognition.”

He added that, “The Solomon Islands Government under the leadership of the Democratic Coalition for Change Government will appoint a Special Envoy on West Papua and will also seek West Papua’s admission to the Pacific Islands Forum Secretariat.”