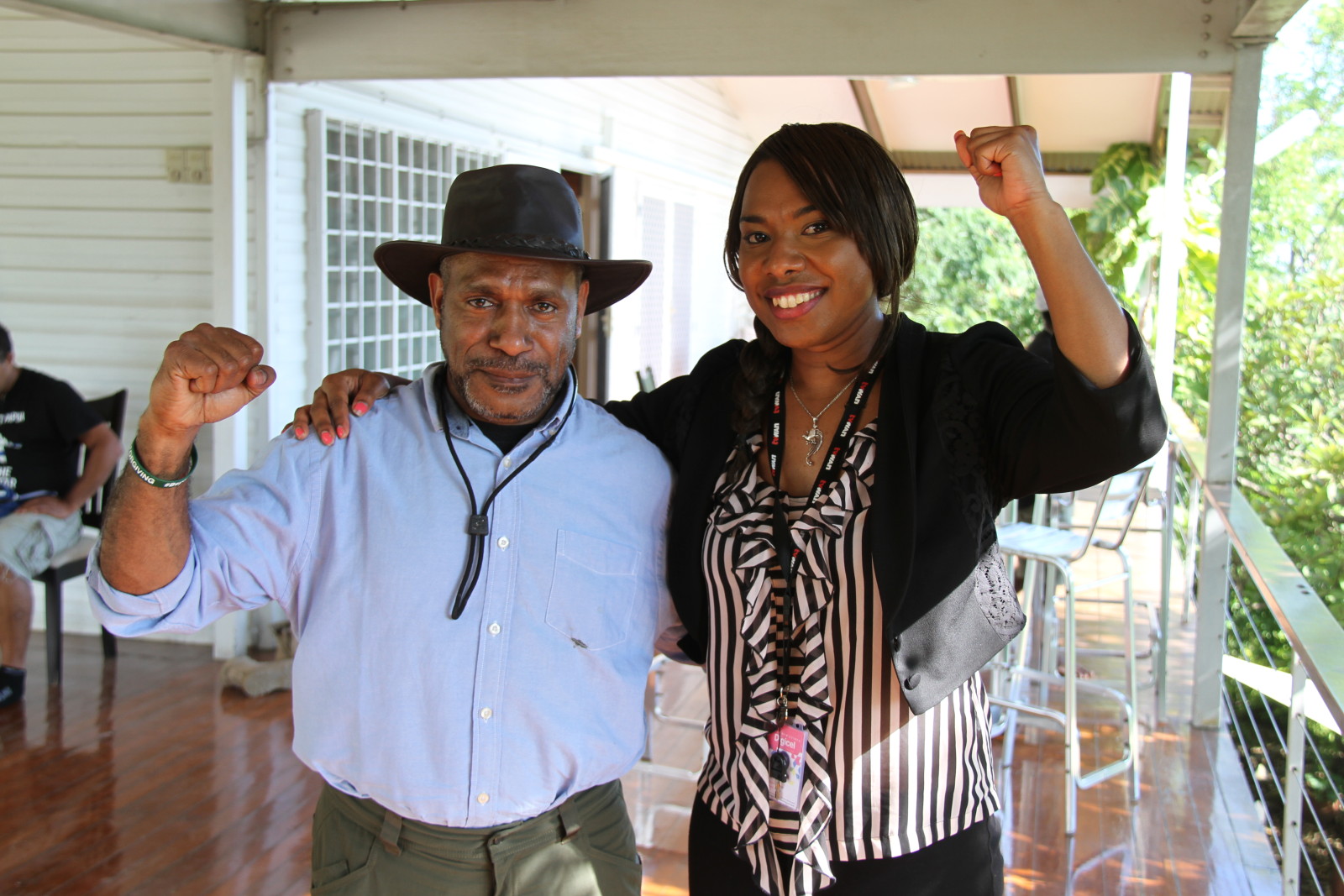 I recently interviewed Benny Wenda, West Papua’s Independence leader, and am really proud that Profile PNG was able to dedicate an entire show to his struggle to win recognition – and ultimately the right to self-determination – for his people.

The West Papua conflict – between the Indonesian Government and indigenous populations of West Papua – has been going on for over 50 years, and yet many Papua New Guineans (myself included) know little about the situation. Here we are in PNG, freely able to express – as a democratic right – our opinions about development and the Government. But right next door in West Papua, men, women and children are being killed for speaking their minds.

This issue really came to life for me – and for many in our audience – when we interviewed Benny Wenda. I was fighting back tears, listening to all the horrific things that happened to him and his family. He is such an extraordinary, exemplary leader; not at all aggressive or outspoken like most activists. He is quite the opposite in fact. He has an inner-peace that bellies all he has experienced. Surprisingly, I sensed no anger from him – just a deep longing to be able to live in the mountains freely, as his ancestors had done.

I am grateful to have had the opportunity to bring this story to PNG’s attention. In Benny Wenda’s words “West Papua’s struggle is PNG’s struggle” and I believe that statement is true. From Sorong to Samarai we share the same land; the same ancestors. It is only an imaginary line placed by colonizers that divide us. The freedom I take for granted and enjoy, while our brothers and sisters in West Papua are deprived of their most basic rights, saddens me to the core.

The weekend after Benny Wenda’s interview aired, we got feedback from viewers all over the country who expressed feeling guilty and heartbroken, for they too, had little or no idea just how harrowing the plight has been — and still is — for West Papuans.