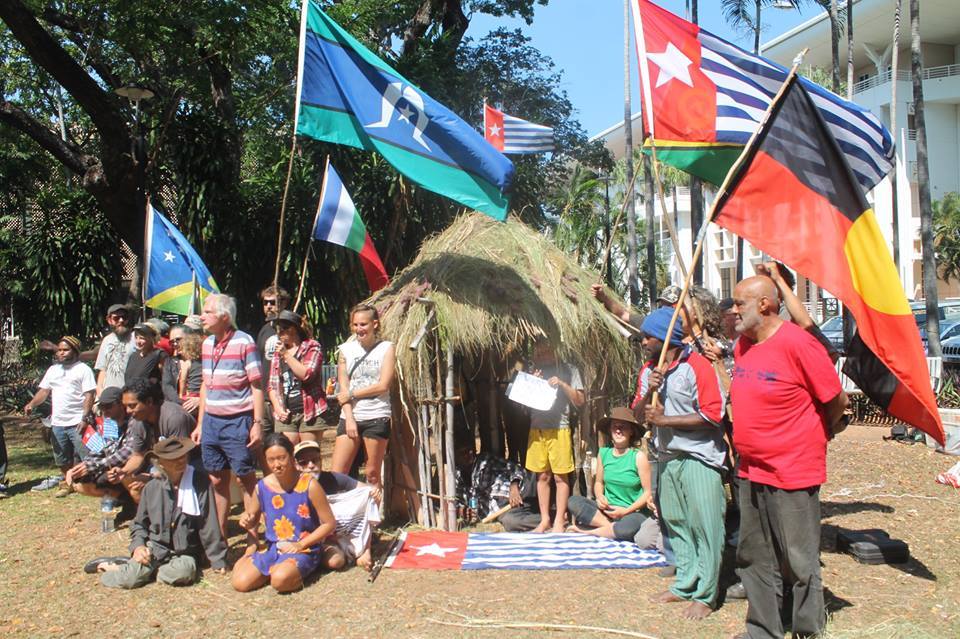 A group of West Papua activists has been evicted from the grounds of the Northern Territory Parliament House in Darwin after they erected a hut as an “embassy” and spent two days protesting against Indonesian human rights abuse.

“The Indonesian government sends a lot of troops to Australia to be trained and funded, then after that they go back. This military kills West Papuans, which is why we want the Australian government to see this situation.”

More than 100 Indonesian soldiers studied in Australia last year, News Corp reported in March, at a cost of more than $2.5m to Australian taxpayers.

“Especially because elders from Larrakia [Darwin’s traditional owners] allow us to build the house, which means they welcome us and [recognise] our struggle in West Papua, which we’ve been fighting for 60 years, is not only West Papuans’ struggle,”