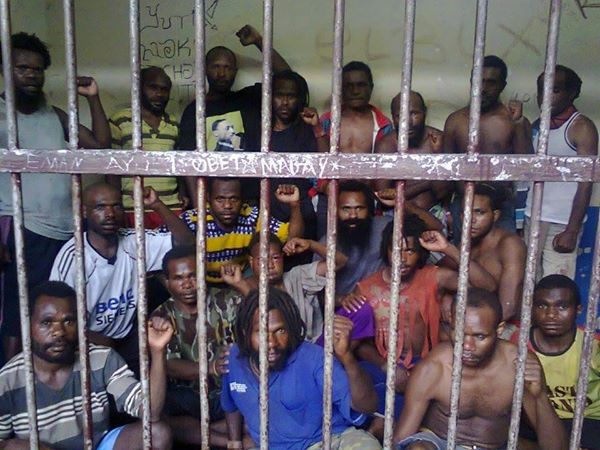 Fakfak 03 July 2015. Thanksgiving worship for west papua as observer in MSG 40 people arrested.
Photo some of the 40 people who are arrested while in Indonesian police custody in Fakfak. Such info in the meantime. We will update with more information.