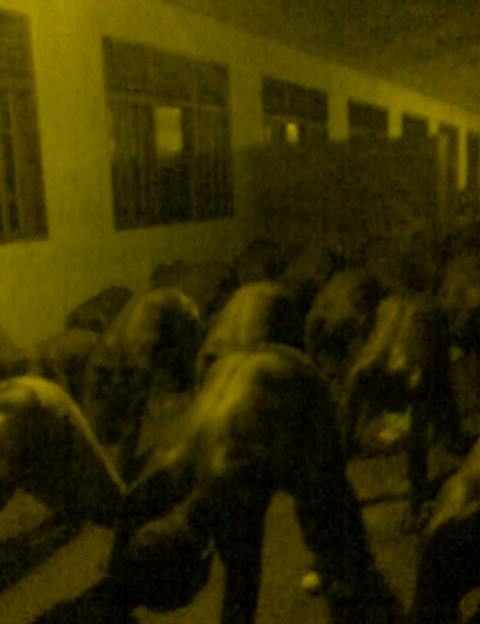 We have just recieved a report that in Timika, West Papua on 23rd May, 76 school students were stripped and tortured by the Indonesian military and police who threatened to shoot them. This photo is apparently from the event.

According to information, some West Papuan students were angry with staff that they were not given enough food. There were angry disputes and arguments and the principle of the boarding school called the police and military.

At 07:00 in the morning, Indoensian soldiers and police officers told all the Papuan students in the “Morning Star” dormitory to get out an take off their shirts. They were apparently forced to lean on the ground and were beaten and tortured by the Indonesian authorities who tortured them for information about Free West Papua activities.

This is another example of the evil and oppression the people of West Papua, including school children are experiencing in West Papua. We need the world to please look to West Papua and help to spread the word so that together we can stop the genocide and oppression.